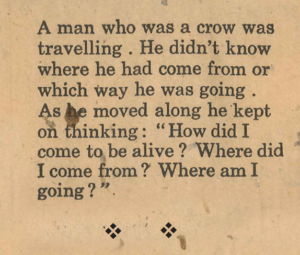 Rothenberg has published over seventy books and pamphlets of poetry. His books have been translated into many languages; two of them have been turned into stage plays and performed in several states. He has also assembled, edited and annotated over ten anthologies of experimental and traditional poetry and performance art and has been the editor or co-editor of several magazines. He has translated an enormous amount of world literature, including Pablo Picasso and Vítezslav Nezval. He has been deeply involved in performance art and has written several plays.

The book is available in a facsimile edition